Cornwall  Tinnitus Group
This is a group set up to support people who have tinnitus who want to share information, learn from each other and benefit from peer support. They invite guest speakers on various subjects and enjoy informal sessions.

Dates and times will normally be found on our events page

This is a free group, donations are invited towards coffee/teas

Tinnitus is a hearing problem that is characterised by hearing sounds that are not coming from the external environment. These may also be called phantom sounds. The most common description of tinnitus is a ringing in the ears, but some people describe a buzzing, clicking, hissing, or roaring sound. The pitch and volume can vary, and it can affect one or both ears.

Tinnitus is a relatively common problem affecting millions of people. Normally it lasts for just a few minutes, but in other cases, it can be persistent.

What are the Types of Tinnitus?

Tinnitus is broken down into one of two types.

What are the Causes of Tinnitus?

Like hearing loss, tinnitus can be caused by a blockage in the ear from earwax or a foreign object. Ear infections, sinus infections, or problems with pressure in the Eustachian tube can induce tinnitus.

Though less common, tinnitus can be tied to other health issues like thyroid problems, anemia, cardiovascular issues, brain tumours, head injury, diabetes, and Menieres disease. Stimulants (including caffeine), alcohol, and smoking are not considered to be causes of tinnitus, but they can make it worse.

The diagnostic process for tinnitus is similar to that of hearing loss. A physical examination and review of the patient’s symptoms and medical history provide the doctor with a base level of information. A stethoscope may be used to check for objective tinnitus. Audiometry is usually employed to evaluate overall hearing. A CT scan, MRI, and/or angiography (a test looking at blood vessels) can be conducted to check for possible causes.

How is Tinnitus Treated?

As with hearing loss, treatment for tinnitus depends on the cause of the condition. Effectively treating an underlying cause can eliminate tinnitus. Some medications may be prescribed to try to decrease or eliminate tinnitus.
When tinnitus cannot be eliminated, treatments may be used to minimise its impact. These can include methods to amplify other noises such as the use of a tinnitus masker, hearing aids, background music, or a white noise machine.

Another strategy for coping with tinnitus involves counselling and/or techniques for relaxation. These approaches can help a person manage stress and avoid focusing on the sounds.

How is Tinnitus Diagnosed?


Testing methods are much like those for hearing loss

Hypercausis
Hyperacusis is sound intolerance; moderately loud sounds are uncomfortable or painful. About 85% of those with hyperacusis also have tinnitus. Its subtypes are: loudness hyperacusis; annoyance hyperacusis (misphonia) – such as the noise made by someone chewing or repetitive sounds such as pen-clicking; fear hyperacusis (phonophobia); and pain hyperacusis (piercing headaches). Hyperacusis may also have visual triggers. It can be managed through lifestyle and judicious use of earplugs.

There are phenomena when people can hear sounds that no-one else can. These sounds exist, however, most people have learned to channel them out. This could be something like an underground heating system, children playing fields away. this is an extremely tiring and stressful condition.

How Can Hearing Problems be Prevented?

While there are some causes of hearing problems that are beyond individual control, certain steps can reduce the risk of acquired hearing loss.

Noise is a major contributor to progressive hearing loss because of the damage that it can do to the hair cells in the inner ear. This damage is irreversible, so prevention takes on added importance.

Negative impacts from noise are related to both its intensity and its duration. Noises that pose the most risk are those over 85 dBA (A-weighted decibels). The louder the noise, the shorter the duration that you can safely be exposed to it. Normal conversation is 60 dBA, a motorcycle nearby is around 95 dBA, and a rock concert is around 110.

It is good practice to try to minimise exposure in daily activities and in the workplace. When using headphones, keep the volume low and take breaks without music. For sounds that you can’t avoid entirely, attempt to move away from the source. Ear protection, such as earplugs or earmuffs, can help as well.

Use Caution With Ototoxic Medications


There are circumstances in which using these medications may be necessary to treat other health conditions, but you can talk with your doctor about any possible steps -- such as minimising the dosage or duration of treatment -- to decrease the risk of hearing loss.


Smoking can cause damage to the nerve endings in the inner ear and may amplify harm that can be caused by ageing and noise. It can also exacerbate tinnitus.

Keep Foreign Objects Out of Your Ears

Though it may be tempting to use a cotton swab or other narrow object to try to remove earwax or scratch an itch in the ear, experts strongly recommend against this practice. These objects can cause earwax to become impacted inside the ear and have the potential to injure the ear canal or eardrum.

Get Your Ears Checked


If you are frequently exposed to loud noises, such as in your work, consider having regular hearing checks with your doctor to screen for ear problems. If you notice any reductions or disruptions in your hearing, don’t wait too long to go to the doctor. If hearing loss is detected early, a plan can be developed to try to slow the rate of its progression.

Above information is take from this article. Read further on to find out about sleep matters with tinnitus.

Dr Ed Farrar recently presented a talk via zoom to the Cornwall group and answered a range of questions.

- 'Tinnitus Sounds' can be accessed via Youtube and can be helpful

- Another app called 'Calm' was recommended by Ed

- Some members have tried headbands with headphones

- Another app is called 'Tinnibot' which again can be helpful

- Ed also mentioned his own app at 'www.joinoto.com' which has a 7 day free trial, then £10 per month and can stop after a few months and return later if necessary.BBC News - Tinnitus biobank needed to explain ringing ears condition

What we do know, how we can support

A recommended resource for background noise is https://mynoise.net/

The BTA magazine issue 1 is available free at https://www.tinnitus.org.uk/quiet-covid-19-special-edition

RT @WestMidsFire: If you're a deaf BSL user, have you downloaded the @999BSL_UK app yet? It allows you to use the 999 BSL video relay servi… 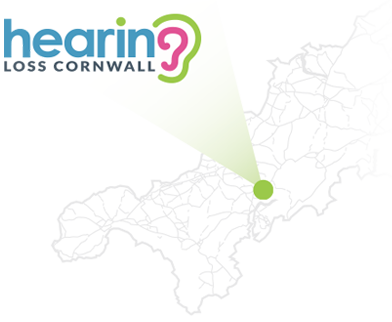